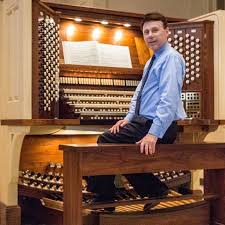 William is an excellent teacher! He knows his craft inside and out and is readily adapts his teaching to the students needs.  I would highly recommend him to any organ student!

William Ness is the former Minister of Music & Arts at First Baptist Church, an American Baptist Church, of Worcester, Massachusetts where he conducted two singing choirs and two bell choirs. He has two degrees from the University of Michigan, Ann Arbor, and has done further study at the University of Iowa. His organ teachers have been Jennie Satre, Robert Speed, Robert Clark, Robert Glasgow, and Delbert Disselhorst. While at the University of Michigan he won the Graduate Concerto Competition in 1971. Mr. Ness taught at Andrews University from 1979 to 1982 as a sabbatical replacement for C. Warren Becker. Following that position he and his wife were Co-Directors of Music at First Presbyterian Church, Ottumwa, Iowa where they chaired the National Undergraduate Organ Competition.

William is a performing member of Worcester Chamber Music Society and Synergy, a harp, flute, organ trio. He has taught privately for many years, and joined Pakachoag Music School in 2008.