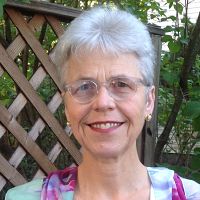 Silvia Irving was born in Überlingen, Germany where she grew up participating in the cathedral’s rich musical tradition, singing as both a choir member and soloist. Silvia’s interest in teaching led her to the Pedagogical College in Lorrach, where she majored in music and German, and appeared as soloist in numerous concert and oratorio performances. The clarity of her voice and her fine musicianship led to performances of contemporary music, making several premiers, as well as early music.

After receiving her diploma in Lorrach, Mrs. Irving moved across the Rhine to Basel, Switzerland, where she earned a Masters Degree in Vocal Performance and Pedagogy at the Schola Cantorum Basiliensis. As a student of the conservatory, she appeared in numerous concert venues throughout Switzerland, Germany and France, working under the Direction of Thomas Binkley, Rene Jacobs, and as member of the Camerata Musicale Basiliensis.

Silvia is an active member of the National Association of Singing Teachers (NATS), also teaches musical theater, and has served as an adjudicator for the Junior and Senior Central District Auditions for many years.   Silvia was recognized for 25 years of service to Pakachoag as a faculty member in 2012.

Featured here is one of Silvia’s high school students, Kat: