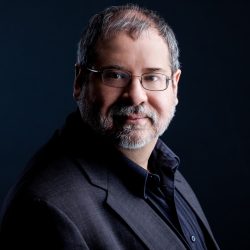 Born in Boston in 1971, composer/organist/pianist Leonardo Ciampa is acknowledged as a musician of supreme gifts and extraordinary versatility.

Ciampa is Director of Music at Emanuel Lutheran Church in Worcester, MA and Maestro di Cappella Onorario of the Basilica in Gubbio, Italy.  He was artistic director of organ concerts at MIT (2009-2016).

As a composer, Ciampa’s compositions have been performed in prestigious venues such as Sanders Theatre (Harvard), Kresge Auditorium (MIT), Mechanics Hall (Worcester), and the Mormon Tabernacle (Salt Lake City); at cathedrals in Vienna, New York, Boston, Altenberg, Brandenberg, Tortona and Biella, and at basilicas in Rome, Turin, Loreto, Rieti and Gubbio. His compositions include Suite Siciliana, Op. 145 (for two violins, piano and orchestra), commissioned by the Pro Arte Chamber Orchestra of Boston to open their 25th anniversary season at Harvard’s Sanders Theatre; The Annunciation, Op. 203 (cantata for chorus, soloists, and strings); the Kresge Organ Symphony, commissioned by MIT and premiered in Kresge Auditorium; a piano quintet (premiered by the Lavazza Chamber Ensemble); and Missa Pamphyliana, premiered at the Basilica di Sant’Ubaldo in Gubbio by the Cantores Beati Ubaldi (Renzo Menichetti, conductor).

As a pianist, Ciampa is particularly admired for his interpretations of Chopin, whose 200th birthday he commemorated in 2010 with six recitals at First Church in Boston.

An avid writer, Ciampa has written several books, including The Twilight of Belcanto, Don Lorenzo Perosi (the first English-language biography of that composer), and, most recently, Gigli (the first book on the great tenor in English in 56 years).